ABOUT US
OUR EXPERTISE
OUR PEOPLE

The Insolvency Act, 2015 (the Act) was assented into law on 11th September 2015 and some of its provisions came into effect on the 30th of November by way of Legal Notice No. 244 of 2015. Some of these provisions include Parts I, III and V, the First Schedule and the Second Schedule. Any provision that is not brought into force through gazzetment within nine months after the publication of the Act shall automatically come into force on the expiry of that period. The Act also gives the Cabinet Secretary power to make regulations that may be necessary to transition from the Bankruptcy Act and Cap 486 to the Act.

Unlike previous legislation, the Act seeks to redeem insolvent companies through administration as opposed to liquidation. The Act focuses more on assisting insolvent natural persons, unincorporated entities and insolvent corporate bodies whose financial position is redeemable to continue operating as going concerns so that they may be able to meet their financial obligations to the satisfaction of their creditors. This includes, in the case of companies, the introduction of rights to conduct restructurings and bankruptcy work-outs under an administration process.

Winding-up of companies was previously provided for under Part VI of the Companies Act (Cap 486), while the insolvency of natural persons was covered in the Bankruptcy Act of Kenya (No. 32 of 1930). It is important to note that the transitional provisions of the Act provide that despite the repeal of Cap 486), the Bankruptcy Act and section 89 of the Succession Act (collectively, the “Repealed Acts”), the relevant provisions of these Repealed Acts will continue to apply to any ‘past events’. The rationale being that these past events relate to specific actions taken under the repealed legislation and include, for example, the passing by a company of a special resolution prior to the commencement of the Act, resolving that the company be wound up.

The new Act, is of even more significance to investors in light of recent happenings on the NSE,  where oil and gas logistics firm Atlas Development & Support Services (also listed on the London Stock Exchange), recently announced  that it will be closing its Kenyan subsidiaries (Ardan Logistics, Ardan Medical Services and Ardan Civil Engineering).  Some of the firms’ creditors have sought the government’s intervention in the face of reports that the firm owes its creditors around KES 400 million (approximately USD 4 million). The firm’s creditors have until February 12th to prove their claims. The company also announced plans to focus more on its investment activities in Ethiopia, where it recently acquired a bottle making company - East Africa Packaging Holdings Limited.

Even More Changes: A Look at the New Tax Procedures Act, 2015

Kenya has seen tremendous growth in both foreign and domestic investments, which has in turn resulted in an increase in tax revenue contributions to the national kitty. However, both the government and private sector have faced a number of challenges in so far as administration of the different types of taxes is concerned. Furthermore, there have been quite a number of corporate tax structures which the government considers to be schemes for profit shifting from Kenya to other tax friendly jurisdictions. This is where the Tax Procedures Act, 2015 (the Act (which came into force on 19th January 2016)), comes in.

Principal objectives of the legislation

The key objective of the Act is first and foremost, to simplify and consolidate tax administration, both for the government and the taxpayer. Secondly, it is aimed at broadening the tax base to net in more taxpayers. Most importantly, the Act is aimed at preventing tax avoidance schemes which lack commercial substance.

Key highlights of the Act include:

• Directors’ liability – where director(s) or any senior officer(s) of a company enter into an arrangement with the intention of interfering with the company’s current or future tax liability, they will be liable for the tax liability of the company if they fail to demonstrate that they did not benefit from the arrangement, opposed the transaction, were unaware of the arrangement or they notified Kenya Revenue Authority (KRA) of the same.
• Record keeping – taxpayers will be required to retain records for a period of 5 years. This period may be extended in the event of an amendment of filed returns or where legal proceedings have been instituted before the lapse of the 5 year period.
• Tax returns – the period of submission of tax returns may be extended. This is on condition that the Commissioner General of KRA (the Commissioner) is satisfied with the reasons for delay (it is noteworthy here, that this does not mean that there is an extension of the deadline for payment of the tax associated with the return).
• Tax assessments – KRA can only issue assessments for a maximum period of 5 years in the case where there is no neglect, evasion or tax fraud by the taxpayer.
• Payment of Taxes – a taxpayer may apply to the Commissioner in writing for an extension of time to remit taxes due.
• Interest chargeable - The interest chargeable on late payment of tax has now been reduced to 1% from 2% per month and shall be charged as simple interest.
• Transfer of tax liability - in the event that a taxpayer transfers all or part of its business assets to a related party, the latter shall be liable for the taxes of the transferor.
• Tax rulings – the Commissioner may make a public ruling which will be binding on him unless he withdraws the same by publishing a notice in at least two newspapers with national circulation. Moreover, taxpayers may also apply for private rulings which shall be published (with the taxpayer’s identity concealed) in at least two Kenyan newspapers with national circulation.
• Offences & Penalties - The Act has also introduced some significant stringent penalties for non-compliance with certain tax law provisions. These are as outlined :-

Parts I, III and V, the First Schedule and the Second Schedule were brought into operation as of 30th November 2015 through Legal Notice No. 224 of 2015. In essence, the only provisions of the Act that remain to be operationalised are Part IV, Part XIII and the Fifth Schedule.

The Act has been hailed for its remarkable attempt to overhaul insolvency provisions under the Bankruptcy Act (Cap 53), Companies Act (Cap 489) and Section 89 of the Law of Succession Act (Cap 160). Some of the notable changes include the legal-rescue of insolvent businesses rather than winding them up by providing several alternatives such as rescheduling of debt to lengthen the repayment period instead of commencing bankruptcy proceedings in court. Subsequent to the Insolvency Act, natural insolvent persons could remain “bankrupt” forever. Now as a matter of law, a debtor will automatically be discharged from their debt after three years.

In conclusion, as it had been previously stated, the Insolvency Act consolidates the laws with respect to insolvency. This is in a bid to not only provide for and regulation of the bankruptcy or liquidation of natural persons, incorporated and unincorporated bodies but, also to enable their affairs to be managed for the benefit of their creditors. The latter is done by providing alternatives to bankruptcy and liquidation. 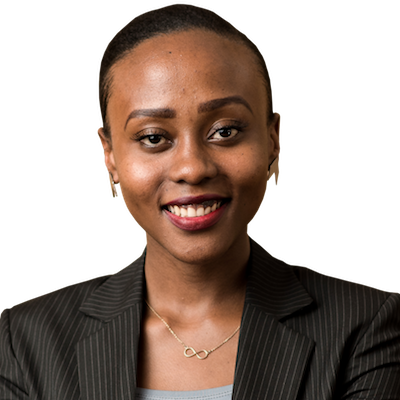 Eva is an Associate in the Litigation Department and specialises in Arbitration & Mediation and Dispute Resolution.

Eva recently advised a bank on enforcement of third party securities under the Insolvency Act, 2015 as well as advising an oil company on its prospective claim against the National Land Commission for denial of fair administrative action under the Constitution in its compulsory acquisition of the oil company’s land.

Eva has a Bachelor of Laws (LLB) from Moi University and a post-graduate diploma in Law from the Kenya School of Law.

“Eva has advised a regional bank in an international arbitration”

‘Add to Cart’: The Role of Alternative Dispute Resolution in Online Commerce

Worth Your While?: Cost Effectiveness of International Arbitration

Our Insolvency and Restructuring practice group is well regarded in advising some of the largest and most complex restructurings and insolvencies.  We combine various practice areas to deliver practical advice on both contentious and non-contentious aspects of Insolvency law.

A ‘Dicey’ Matter: The Fate of Employees in Mergers and Acquisitions

Oraro & Company Advocates is a full-service market-leading African law firm established in 1977 with a strong focus on dispute resolution and corporate & commercial law. With a dedicated team of 10 partners, 4 senior associates, 10 associates, 1 lawyer and 36 support staff, the Firm has been consistently ranked by leading legal directories such as Chambers Global, IFLR 1000 and Legal 500 as a top-tier firm in Kenya.