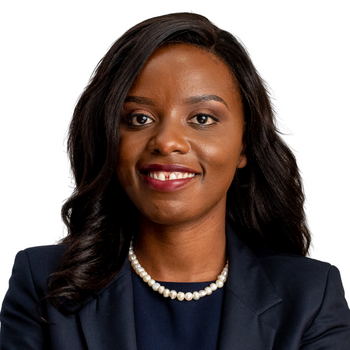 A Partner at Oraro & Company Advocates’ commercial practice, Cindy specialises in energy, infrastructure, and projects. Over the last 12 years, she has advised local and international clients in various matters including renewable energy, oil & gas, corporate restructuring, mergers & acquisitions and mining.

She has been involved in notable corporate & commercial transactions including advising on the government-to-government collaboration between the Government of Kenya and China National Petroleum Corporation on a proposed USD 1.8 billion project to develop up to 350 MW of geothermal power.

Cindy holds a Master of Laws in Commercial Law from the University of Bristol, a Bachelor of Laws from Durham University, United Kingdom and a Post-graduate Diploma from the Kenya School of Law.

Finance Act, 2015: Key Changes Made to the Insurance Act (IA)

Full of Activity: A Review of Developments in Kenya’s Energy Sector (Q1-2016)

On the Rise: How REITs are Changing the Real Estate Landscape

The “Big” Deal About the Mining Bill: Key Highlights

On Matters Energy: A Review of Some Key Developments in Kenya’s Energy Sector (Q2-2016)

“May as Well”: Additional Renewable Sector Updates for May 2016

Money and Markets: Financial Changes Brought About by the Finance Act, 2016

On the Way: A Look at Kenya’s New Road Annuity Programme